I worked over most of the summer and autumn of 2016 with the team at Those, helping to prototype and design software for a new hardware product they brought to market in 2017 — an internet enabled drawing machine, called Joto.

Joto is a consumer product acting as a dynamic canvas for the home or workplace. It draws with a pen and as a connected product, it can support anything that can be drawn to a 2D space. 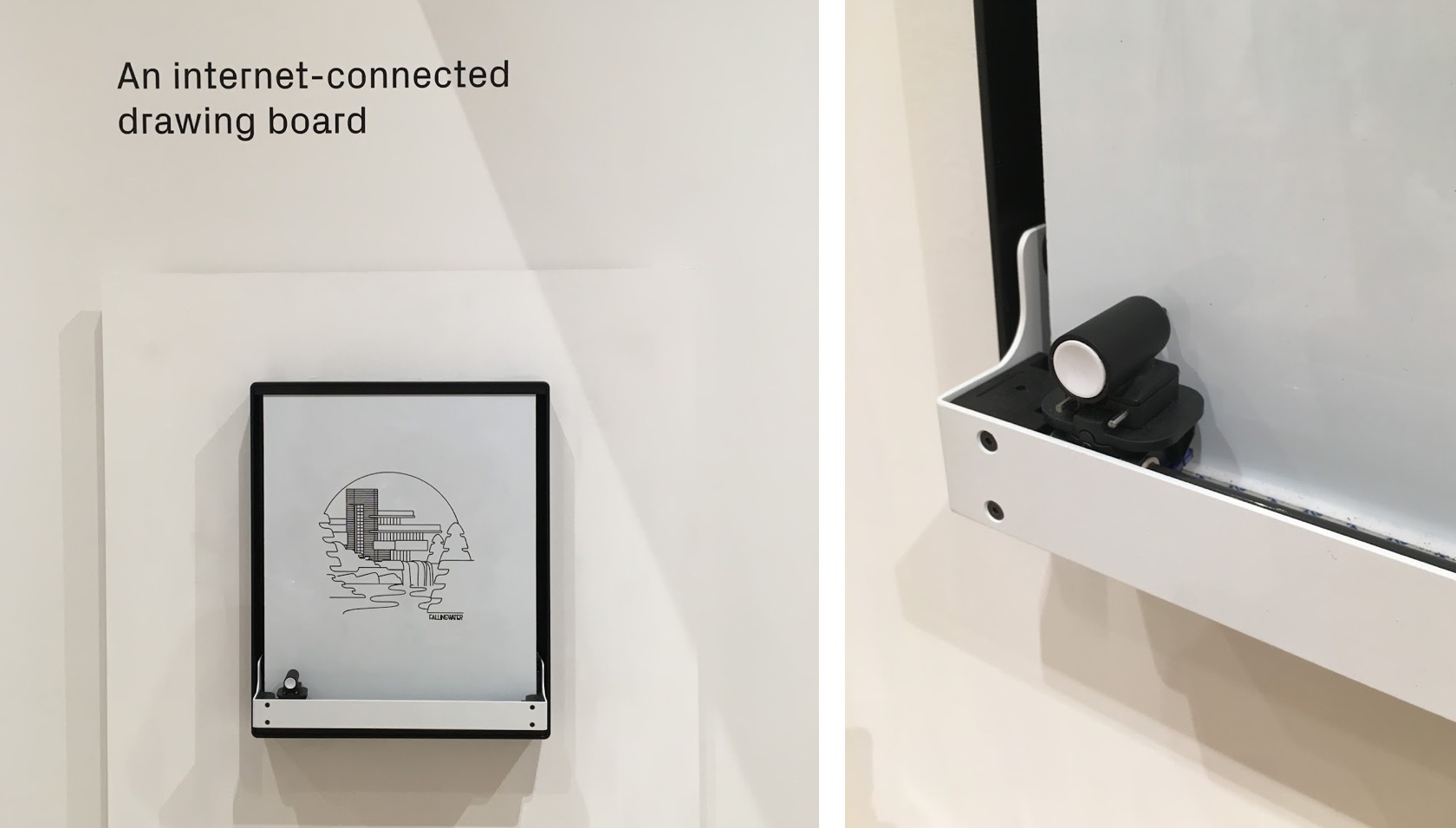 Joto in London's Design Museum where it won the 2017 Public Vote.

Initial services include such things as art drawn daily to your walls by some of the world's best illustrators, to functional shared to do lists for communal spaces. And much much more. Joto's community will help shape what services it offers and an API will enable integration of further applications

The work I did was largely focused on the build up to Joto's Kickstarter campaign, initially focusing on product ideas and strategy, finally culminating in a number of prototypes and branded UI to demonstrate the product's capabilities.

Building on top of initial branding work by Jamie Wieck, I developed a graphic language for Joto, creating a lively palette to support the hardware's monochrome pen and canvas.

This included initial UI work and a simple set of iconography to be used with Joto's supporting software that will be used to control it. 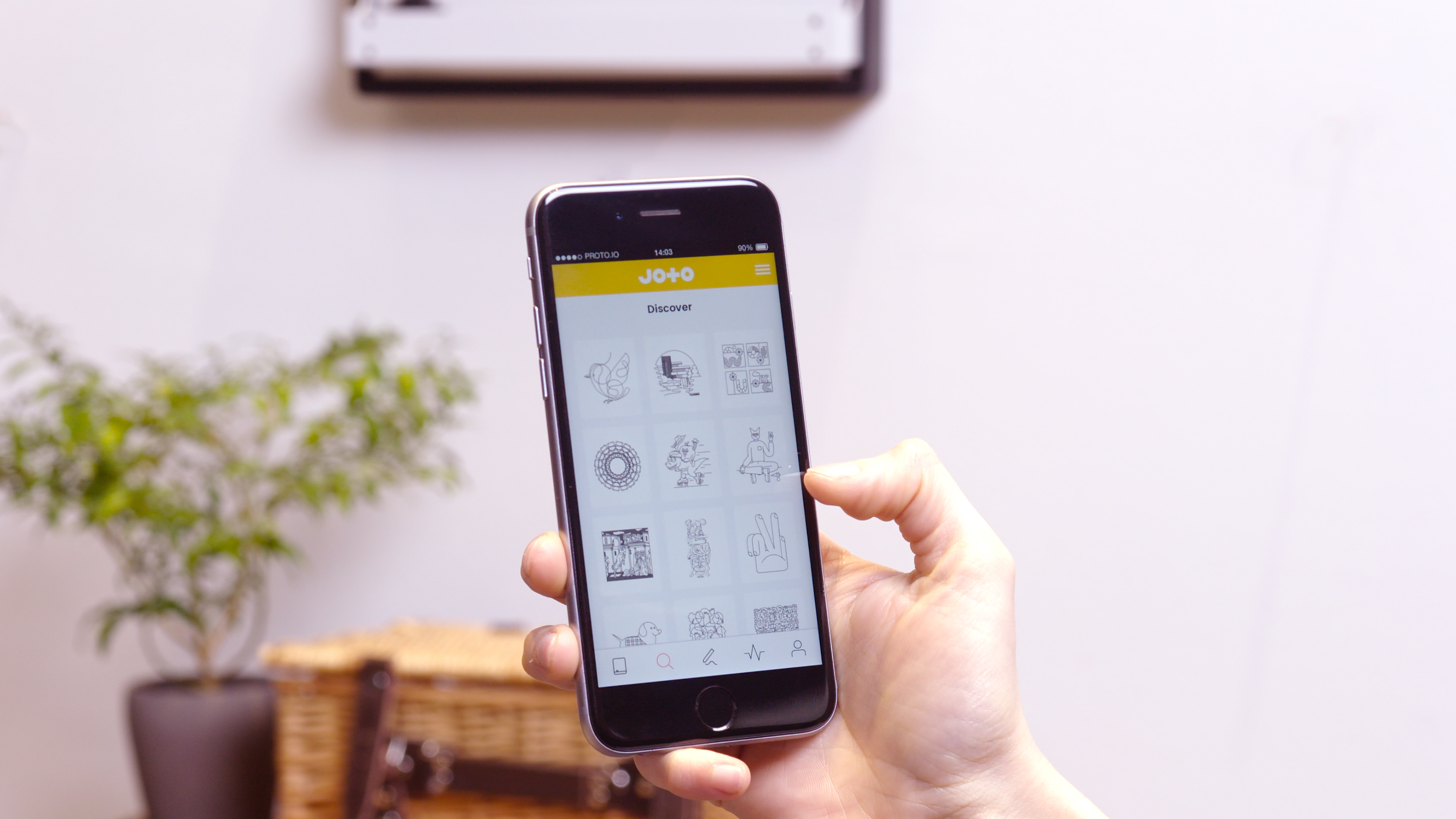 I created this simple animation as both a loading sequence and a video title credit.

I also devised and mapped out a wireframe of how the app and hardware could work together to build a consistent, intuitive user experience.

Sketches below help illustrate how features of the digital product would tie in with what's shown on Joto at any given time. Giving users the ability to control their Joto from their phone or desktop was central to this work. 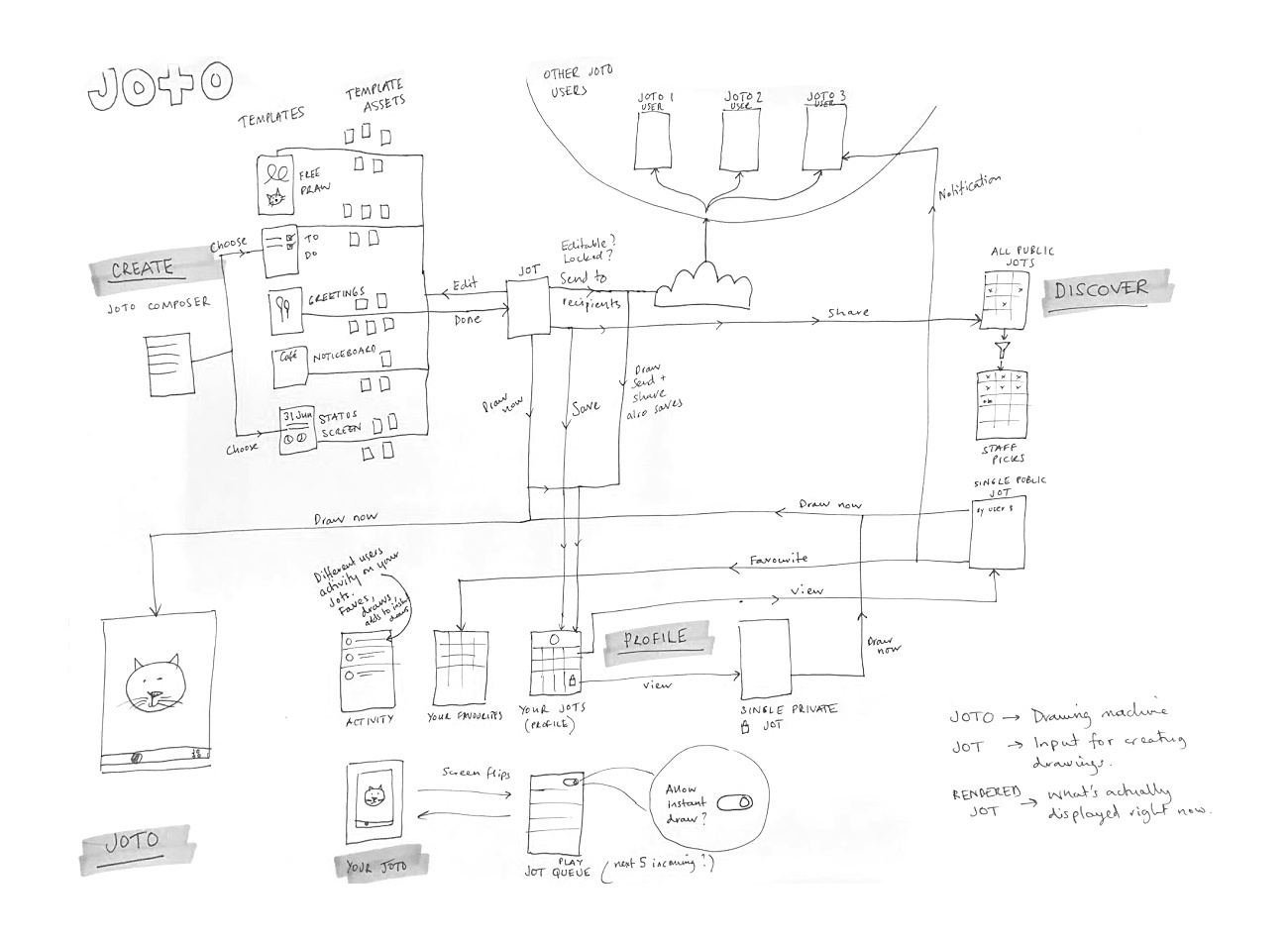 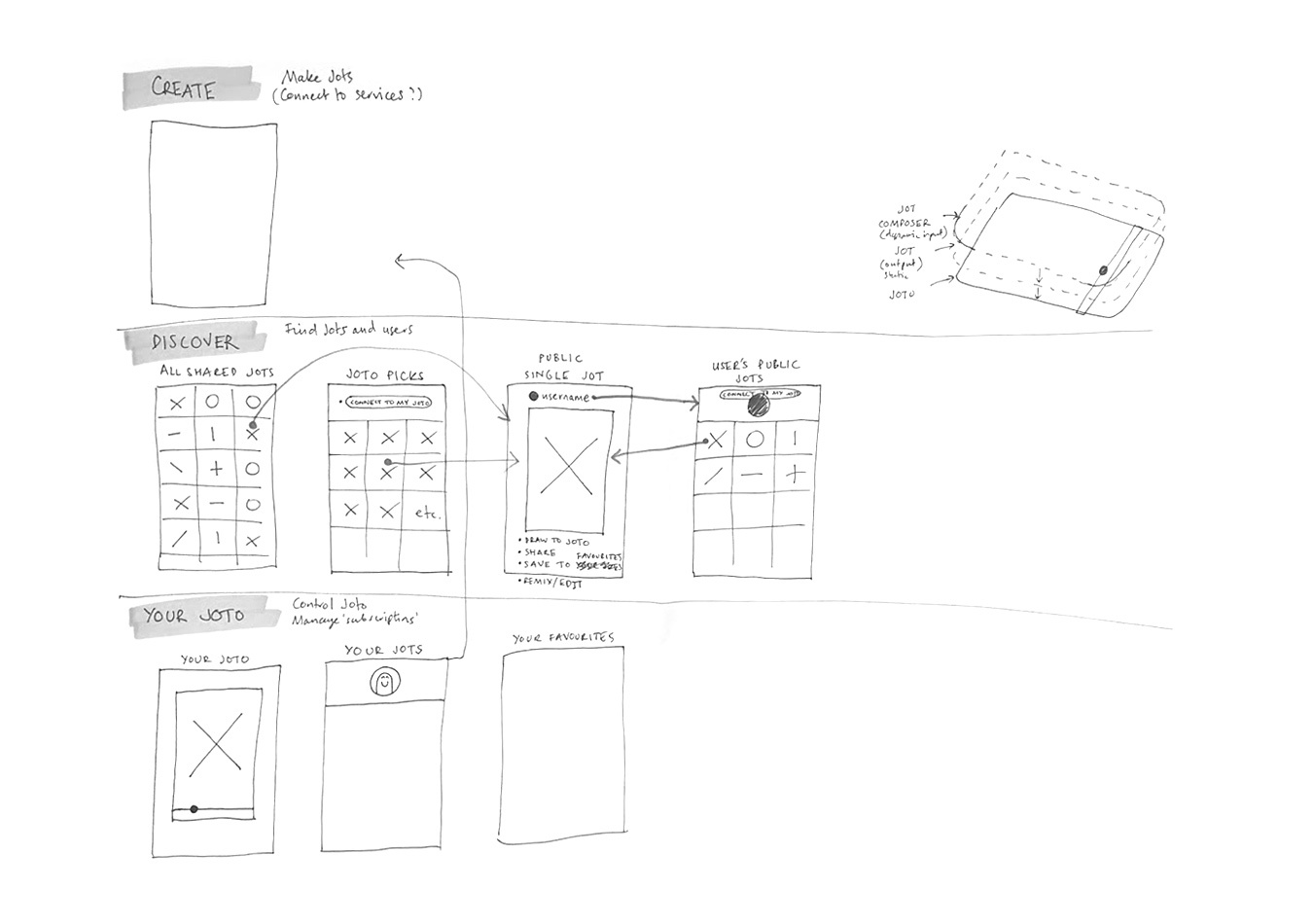 Product research and usability testing was carried out largely through the format of events and workshops in which people could play with Joto and explore it's capabilities.

After launch, the Kickstarter campaign went on to be a huge success, reaching over 220% of the required funds. It has also been featured in the likes of The Verge, Dezeen and Cool Hunting, to name a few.

Joto is currently in production and due to ship in 2018.