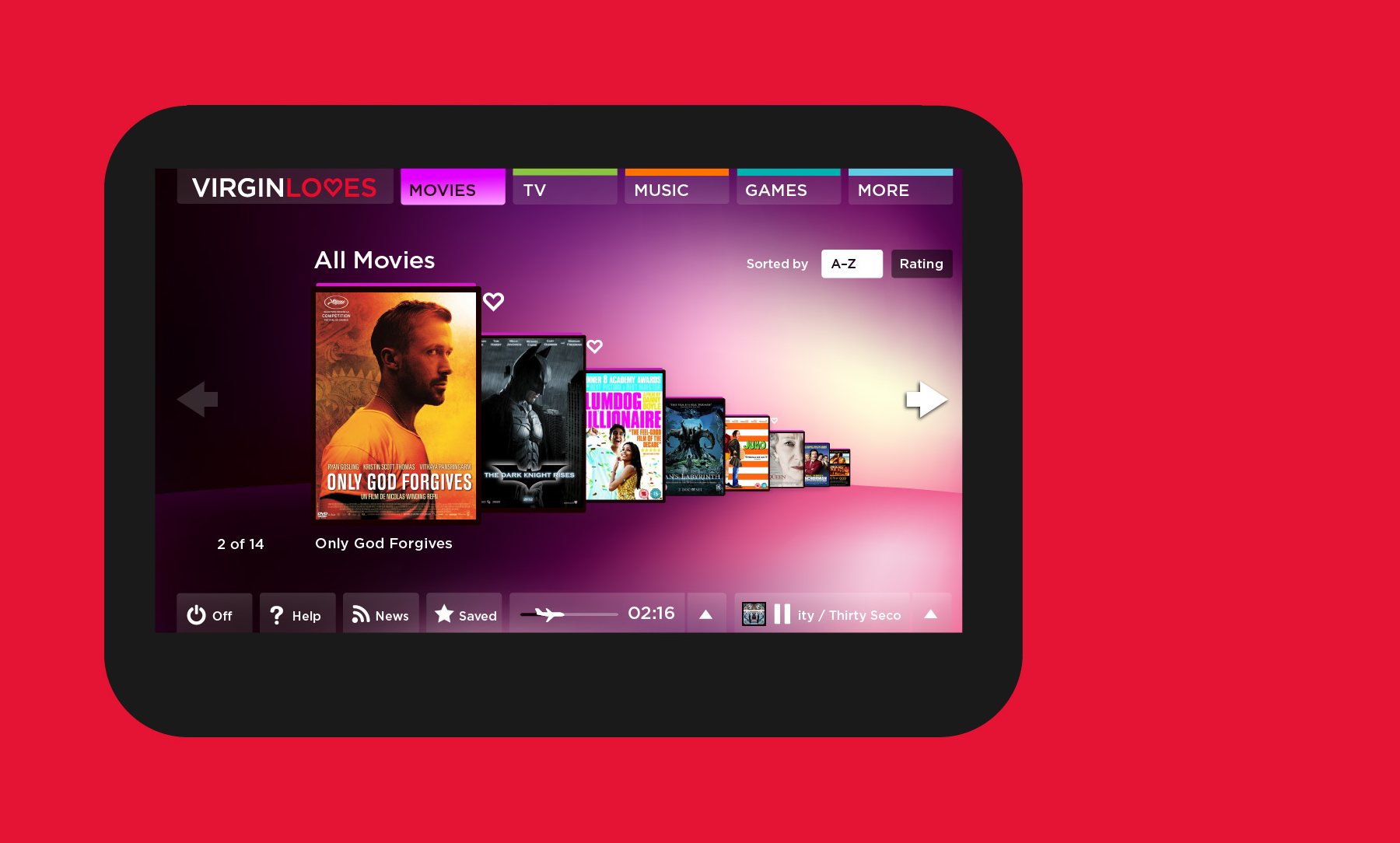 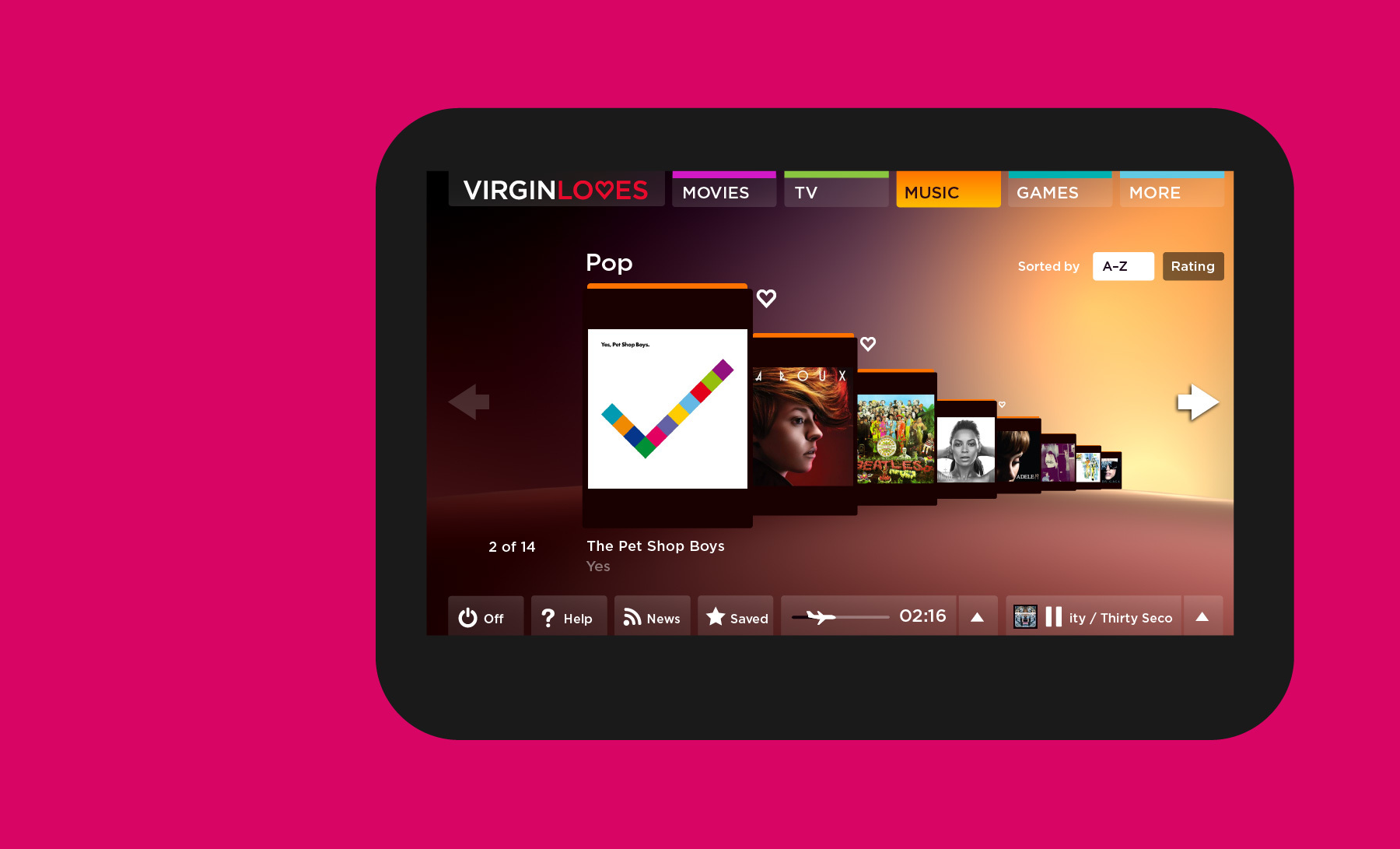 During my time at Airside, we won the pitch to rethink and redesign Virgin Atlantic’s in-flight entertainment system.

Our solution had to last at least a decade and would have to operate on very dated technology due to stringent aircraft security. 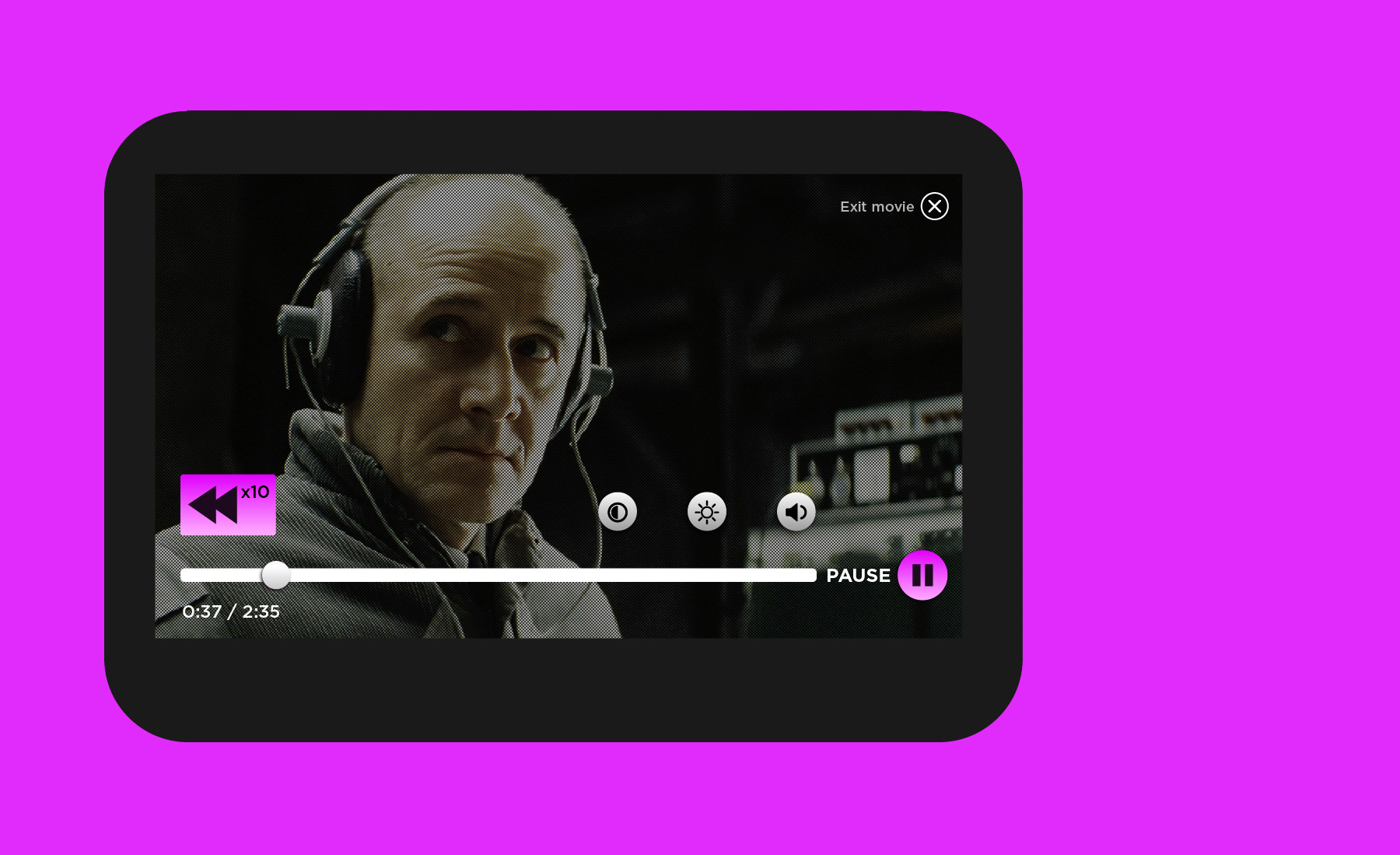 We spent a lot of time sketching, prototyping and testing, centred around passenger user experience.

Our focus was on the specific needs of users in flight and making the varied content across movies, music, tv and games immediately accessible from anywhere in the system. 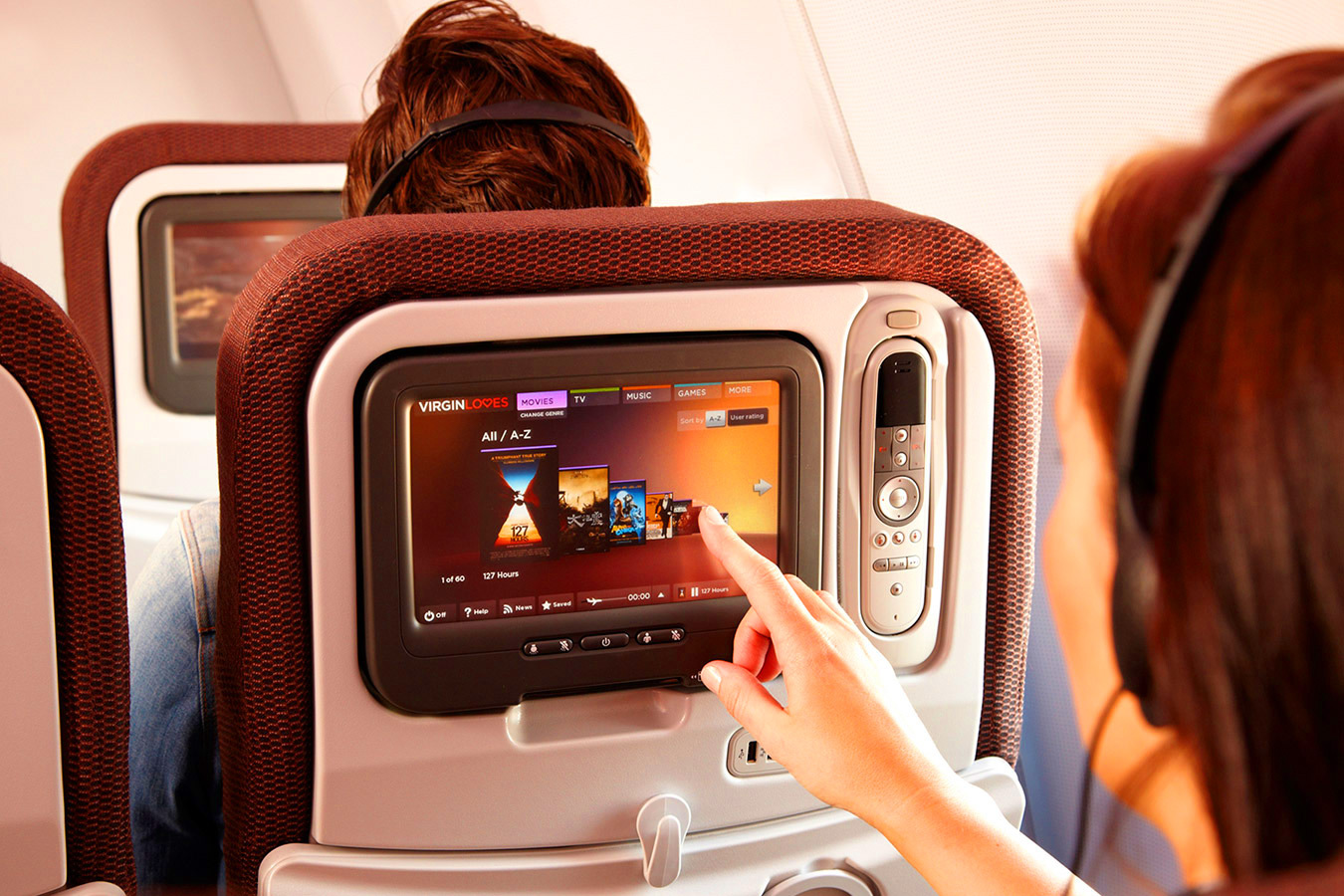 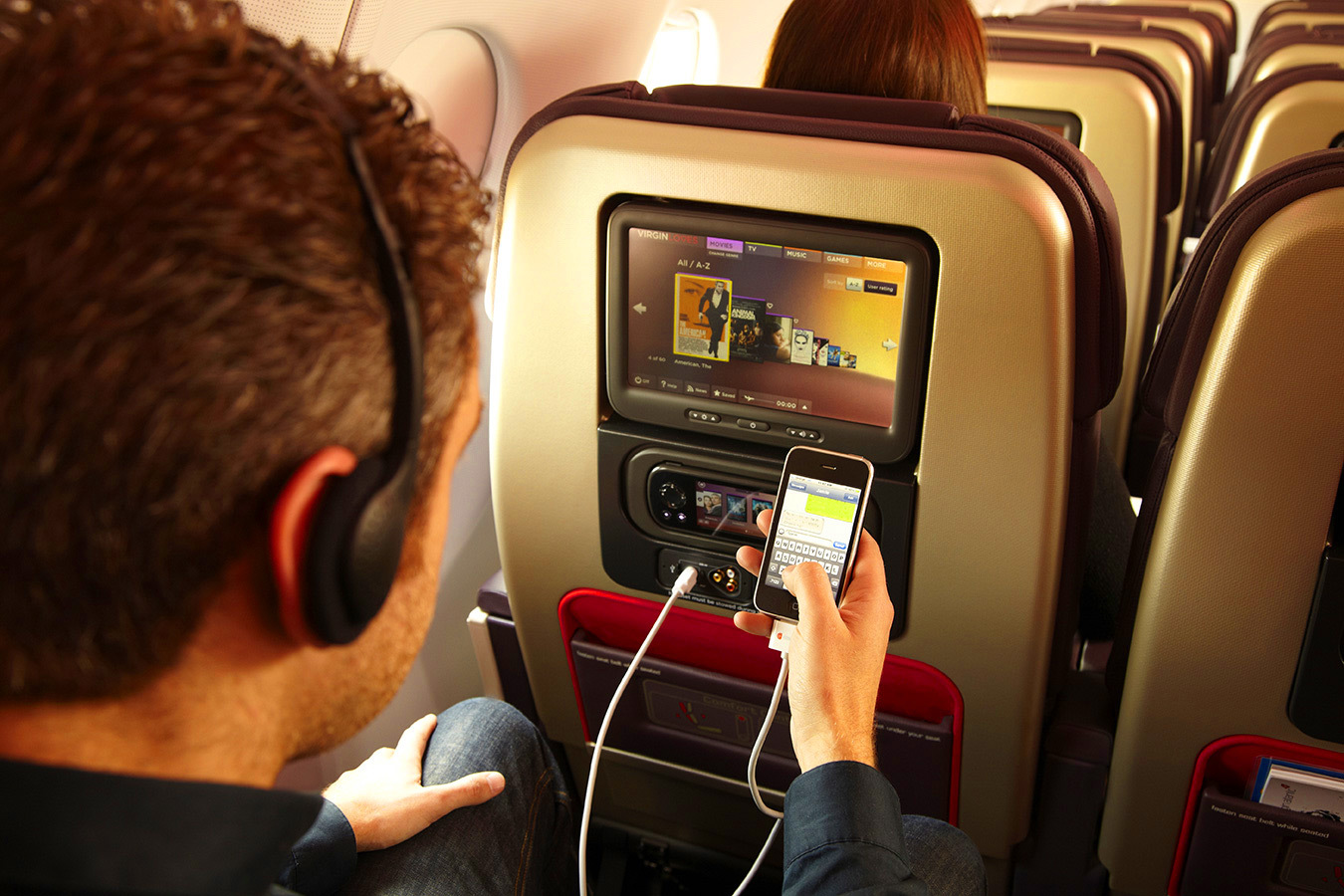 What resulted is an in-flight experience like no other — smooth touch screen interactions through an intuitive, snappy interface. We implemented a status screen to give passengers clear feedback on the flight’s progress and the time at origin and destination.

The IFE was initially rolled out onto a set of three A330 aircraft, but will ultimately become the standard across the full transatlantic fleet.